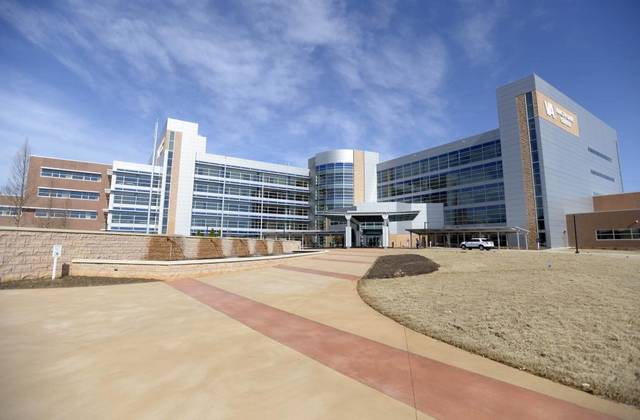 When the $104 Million Charlotte Veterans Affairs Health Care Center project was awarded to developer Childress Klein-Cambridge Healthcare Solutions, LLC (CKC) in 2013, the team anticipated a variety of challenges. Not only was there a great deal of media attention surrounding Veterans Affairs (VA) construction projects at the time, but the complexities involved with lease-leaseback delivery, high community expectations, and a large number of stakeholders made Partnering on this project critical to its success.

In the Charlotte metropolitan area, there are an estimated 140,000 veterans, but there is only one small outpatient clinic in the area that can serve 25,000 annually. The new 295,000 ft2 hospital will provide crucial outpatient specialty services to about 35,000 veterans per year.

To help ensure a positive outcome on all fronts, CKC enlisted Ventura Consulting Group’s (VCG) Neal Flesner to guide the Partnering effort on the project. Early in the process, Flesner foresaw the need for greater engagement of senior leaders on the project. According to Flesner, (a Master Level IPI Certified Facilitator), “senior level engagement is what makes or breaks a project.” Knowing this, Flesner took an active role and repeatedly reached out to senior-level leadership at the VA and CKC, ensuring that each Partnering session included the participation of the construction team, developer, design team, VA, major subcontractors and end-users. By the last Partnering session, 30 VA staff members were engaged.

Gathering more participation, not only by senior level leadership, but also on the part of stakeholder groups, (nurses, radiologists, therapists, administrative staff, maintenance and others) meant that decisions could be made quickly whenever issues arose, and kept the project moving forward. It also gave end-users a voice and a stake in construction, aligning them with project goals and making them advocates for the project.

Throughout the two-year project, the project team participated in quarterly Partnering sessions using VCG’s Good to World ClassTM model, which is aligned with the tools and steps recommended by the International Partnering Institute (including establishing a project charter, an issue resolution ladder, and regular scorecards administered by the facilitator. Additional sessions were scheduled whenever the need arose.

The team’s commitment to Partnering has paid off—the project will be wrapping up in a few months, and is on track to finish early and on budget. Months before construction concluded, a media tour was conducted by the project team to share how Partnering has helped the team build a state-of-the-art medical facility that provides the high-level healthcare services our nation’s heroes deserve and of which the entire community can be proud.

“This team has created a real culture, where everyone is working towards the same goal,” said Steven Parris, project manager for the Department of Veterans Affairs. “Though we have had challenges, this is a very unique level of teamwork and we continue to be proactive and push ahead.”

The venture has been so successful, that the VA will be replicating the experience, working with CKC on construction of its new facility in Butler, Pennsylvania. Mark Hefferin, senior vice president for CKC, said that he’s been Partnering since the eighties, and over the years, the company has developed a strong commitment to Partnering. “In all these years, because of how we Partner, I’ve never had a client not come back to me for their next project. That’s a true testament to the value of Partnering.”

Here is a link to the full article