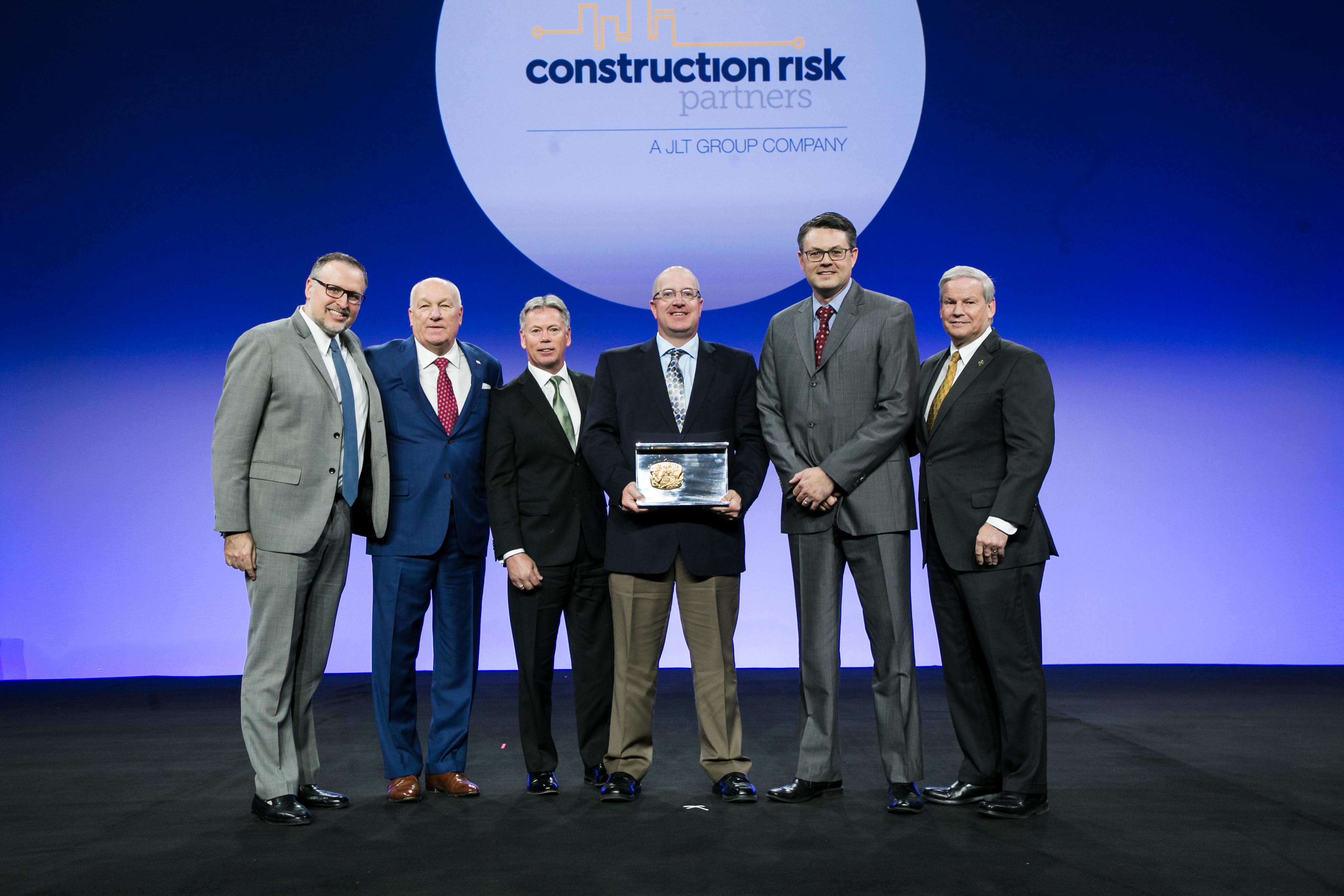 “To deliver a project 12-months early and generate a saving of $20 million is truly a world class project and a testament to the foresight and collaborative approach involved.” – Judging Panel, Collaboration in Demolition Awards

San Francisco to Oakland Bay Bridge Team Does It Again

Several project team members, including those from Kiewit/Manson, Caltrans, Silverado, and Contract Drilling and Blasting, proudly accepted the coveted AGC of California Excellence in Partnering award at the awards banquet in Lake Tahoe, Calif on Oct. 27. “This was definitely the most prestigious award presented that evening,” said Greg Mix, Project Sponsor, Kiewit Infrastructure West Co. More than 300 attended the black-tie affair held in conjunction with AGC of California’s 2018 Annual Conference.

As part of the World Demolition Summit 2018, the SFOBB project team received the Collaboration in Demolition Award, as well as the overall World Demolition Award, which was presented to the top entry from all 12 award categories. The annual awards program recognizes innovation and best practice in both demolition contractors and suppliers of equipment to the industry. The companies recognized for their participation in the SFOBB project included: Caltrans, Bluegrass Concrete Cutting, Contract Drilling and Blasting, Silverado Contractors, Environmental Science Associates and Ventura Consulting Group.

According to the khl online article, the international Collaboration in Demolition Awards judging panel said: “To deliver a project 12-months early and generate a saving of $20 million is truly a world class project and a testament to the foresight and collaborative approach involved.”

Removing 15 marine foundations in one of the world’s busiest harbors within three short work seasons per the contract was challenging enough. But, a year into the project, the team set a stretch-goal to complete the work in two seasons instead. They worked together to overcome permitting and compliance obstacles by developing solutions to change construction methods allowing work to begin earlier in the season, extend blast windows, and conduct multiple pier blasts at the same time.

Resulting from the team’s collaborative efforts, the residents of California no longer have 80-year old concrete foundations in this vital waterway, and each one was removed cost-effectively, quickly and with the least invasive method possible. The project team also built lasting relationships with one another, the regulatory agencies they worked with and the local community.

In recognition of this collaborative effort and the resulting project success, the project team was awarded the 2018 Caltrans Partnering Success in Motion Gold Award earlier this year.

This World Class team will continue building upon its successes by working together on the project’s next phase—SFOBB Foundation Removal Phase 3—which was awarded in April 2018. The partnership between Kiewit/Manson, Caltrans and other stakeholders has created fruitful and lasting relationships that will undoubtedly continue to deliver impressive results for years to come.

Congratulations to all involved!