Partnering Paves the Road to Success on Caltrans District 8 Project

Partnering Paves the Road to Success on Caltrans District 8 Project 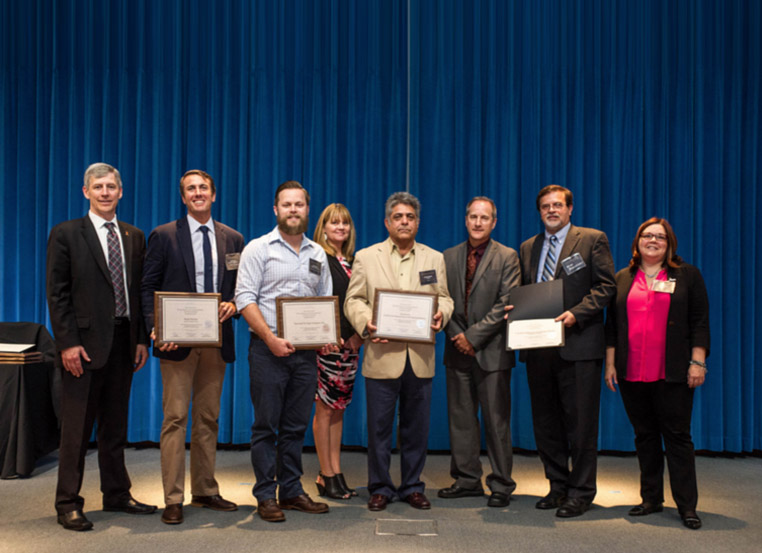 Caltrans recognized 13 project teams during the 2016 Caltrans Excellence in Partnering Award Ceremony held on May 4, 2016.

The Caltrans District 8 Interstate-40 Rehabilitation at Kelbaker Road project team was among those honored for utilizing partnering and best practices to help ensure successful project implementation.

Facilitated by Neal Flesner of Ventura Consulting Group, the $16.1 million project involved the rehabilitation of a section of Interstate 40 in San Bernardino County. A major thoroughfare for the transport of goods and people into California from the Southwest states, construction work included milling the existing asphalt concrete pavement between post mile 73 and 89, and replacing it with new materials.  Other work entailed the replacement of existing dikes and guardrails, and the placement of new shoulder backing.

Prior to construction beginning, a partnering charter was developed to reflect the priorities of the collective team. The charter ensured every project participant was committed to the goals for the project, and ultimately contributed to a $2 million cost savings and an early completion. The project also boasted zero lost-time safety incidents.

“The partnering process created an environment between the contractor and Caltrans in which open, honest and meaningful communication was facilitated,” said Curtis Jolley, Project Manager for Security Paving Company, Inc, the project’s general contractor.  In response, various entities collaborated to develop a number of cost and time saving solutions. For example, the team made changes to the contract lane closure plan that extended closure durations, eliminating the need for paving during winter weather and increasing productivity. Solutions were also developed that reduced the amount of materials needed to complete the project, resulting in a significant cost savings.

During the ceremony, Caltrans reported the following impressive project statistics for all 13 of the award-winning projects:

Safety:  9 out of 13 project had zero lost-time accidents

Budget: 9 out of 13 projects came within or under budget – cost savings totaled $18 million

Schedule: 13 out of 13 projects came in on time or early – time savings totaled 75 days

Congratulations to each of these collaborative project teams!