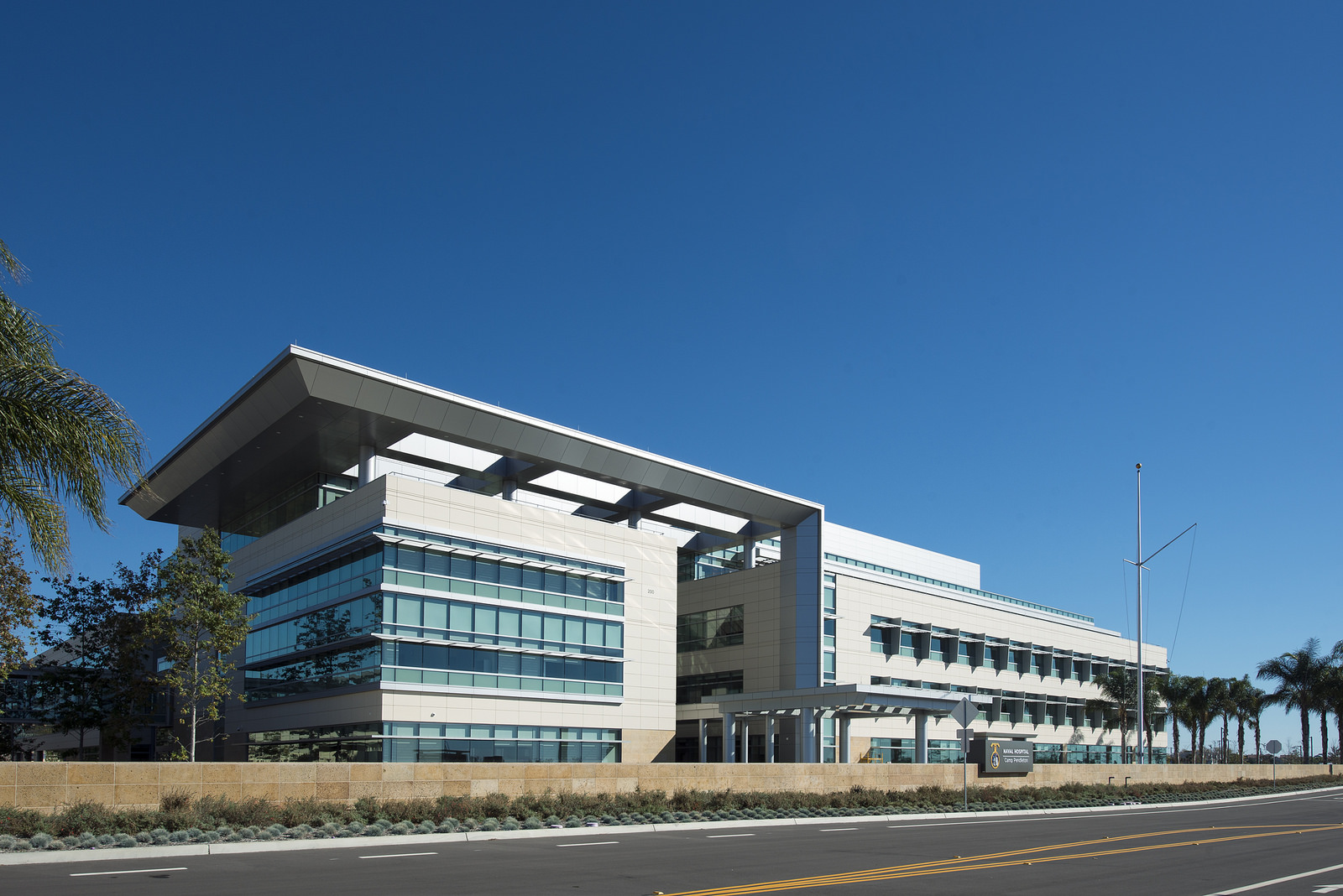 From McCarthy.com – The Naval Hospital at Marine Corps Base Camp Pendleton received two Alliant Build America awards yesterday from the Associated General Contractors of America, including Best New Building Project and the Marvin M. Black Excellence in Partnering award.   McCarthy, in joint venture with Clark Construction Group – California, LP, delivered the design-build project six months ahead of schedule and more than $100 million below the Navy’s original budget. HDR Architecture and HKS, Inc., led the design team.
Situated on a 70-acre site near the south entrance to Marine Corps Base Camp Pendleton, the hospital provides emergency, primary, intensive, and specialty care. The facility has 96 outpatient procedure rooms, 205 exam rooms, ancillary departments, support spaces and 54 patient rooms accommodating up to 60 beds for non-ambulatory patients who require stays in excess of 24 hours.

In addition to leading the project’s design and construction efforts, the Clark/McCarthy team took on responsibility for planning, procuring, and installing all medical equipment, furniture, and artwork, in addition to training hospital staff. This was the first time the Naval Facilities Engineering Command (NAVFAC) Southwest had relied on this contracting method. In collaboration with NAVFAC and Navy Medicine, Clark/McCarthy developed a medical equipment package to select more than 20,000 pieces of equipment and coordinate the building infrastructure.

The AGC Alliant Build America Awards highlight the nation’s most significant construction projects. A panel of judges, representing all areas of construction, evaluated the nominated projects’ complexity, use of innovative construction techniques and client satisfaction, among other criteria. The awards, winners of which were announced during the association’s annual convention in Las Vegas, are considered by many to be the most prestigious recognition of construction accomplishments in the United States.
The AGC Build America Marvin M. Black Excellence in Partnering Award (now represented by a category within the Alliant Build America Awards) is presented annually to construction projects that epitomize the principles of partnering. Inspired by the AGC’s Past President Marvin M. Black, the inclusion of partnering in the Build America Awards represents a timely and unified celebration of the construction industry’s finest.  CLICK HERE FOR THE FULL ARTICLE