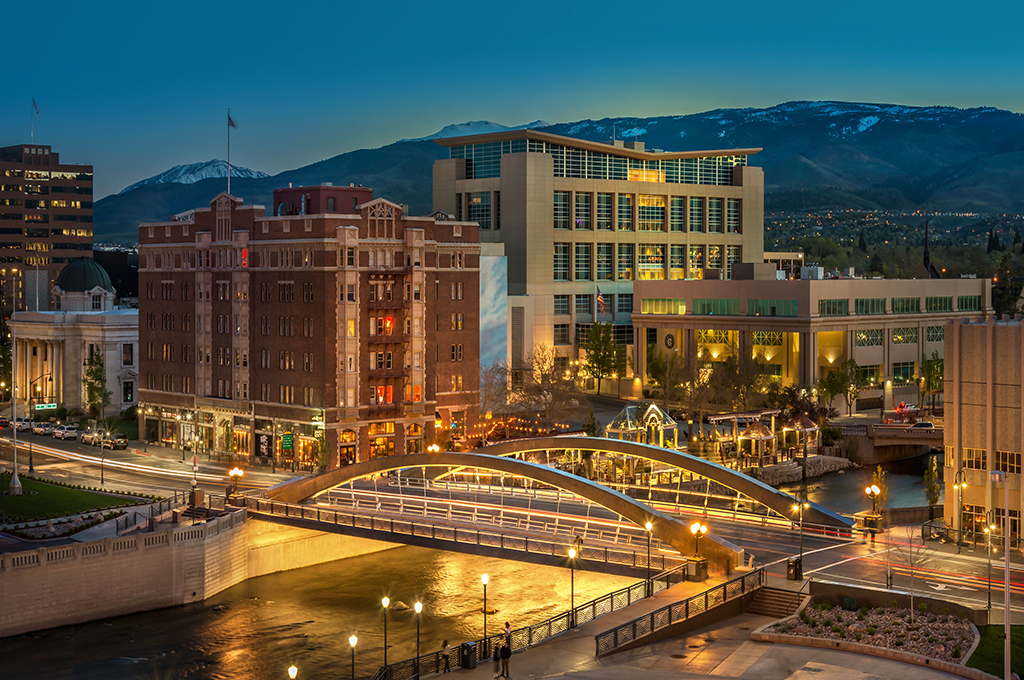 The Virginia Street Bridge replacement project in Reno, Nevada not only ensured a means of transporting residents and visitors over the Truckee River into the heart of the “Biggest Little City” in the country, but it also brought together the project team, various project stakeholders and the local community in a phenomenal way. Highlighting the project’s collaborative partnership, the team was recently honored with the International Partnering Institute’s 2017 Partnered Project of the Year Award.

“This team, including Q&D, the designers, the stakeholders and the local community all came together and accomplished so much more than I ever expected on this project. What really impressed me was how well everyone worked together to accomplish the team’s goals,” said Kerrie Koski, P.E., Street Program Manager for the City of Reno.

For more than 100 years, the historic Virginia Street Bridge ensured safe passage into the City of Reno. But after a severe flood in 1997 revealed flood control and safety concerns, the City of Reno, in partnership with Truckee River Flood Management Authority, U.S. Army Civil Corps of Engineers and the Federal Highway Administration, instituted a plan to replace the bridge while preserving its distinguished history.

The project included demolition of the existing reinforced concrete, dual-arch bridge and construction of a new reinforced concrete, rigid frame, bowstring truss bridge that is 166 feet in length and varies in width from approximately 84 to 98 feet. Further work entailed a river access plaza adjacent to the main City Plaza to increase recreational use of the Truckee River.

According to the project’s general contractor Q&D Construction, Inc., the largest team challenge was the construction schedule. As a major arterial connecting residents and visitors to businesses and other destinations within the city, the team understood the necessity to complete the project as soon as possible. Therefore, they collectively agreed at the initial partnering meeting to institute an unprecedented building method in the region that would help ensure a timely completion. They also set goals to bring the project in under budget, meet high quality standards and achieve a perfect safety record.

To explain the schedule challenge further, under conventional methods of construction, the bridge work would require two spring-summer seasons since the Truckee River is off-limits to construction activity from October to May. After consulting with an accomplished Accelerated Bridge Construction (ABC) expert, the team determined this bridge was a candidate for an innovative bridge “slide” method, which would allow the project to be completed ahead of schedule in spring 2015, instead of fall 2016.

Q&D worked alongside the structural designer Jacobs Engineering and the bridge-slide consultant to conduct structural calculations, ensuring the slide method would not induce detrimental stress on the structure. Resulting from this innovation, the arches and foundations were built simultaneously, significantly reducing the critical path.

Other project challenges included garnering support and approval for the ABC building method and communicating with the public to mitigate their concerns. Additionally, unknown soil contamination issues were encountered at the site. Despite these obstacles, the project remained within its original contracted budget and was completed early, while even expanding the project scope to enhance the final product.

Some of the team’s accomplishments included:

Construction of the bridge began in June 2015 and was completed in April 2016. To celebrate its completion, the City of Reno hosted a grand public parade that featured vintage vehicles representing the eras of the old bridge’s service.

Congratulations to all of the project team members on this monumental accomplishment!