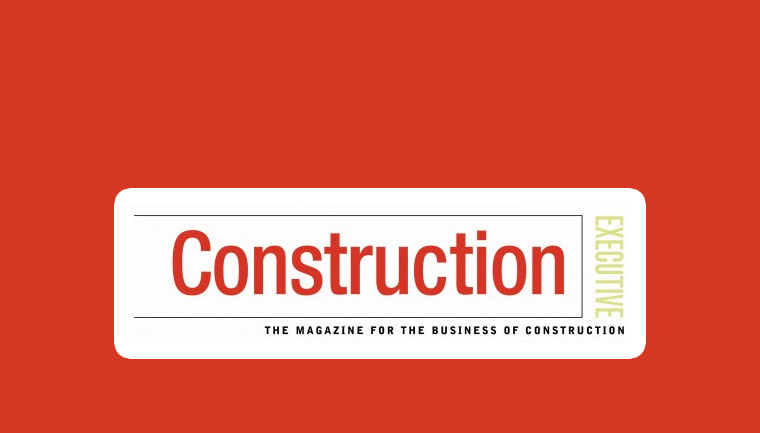 CLICK HERE FOR THE FULL ARTICLE IN CONSTRUCTION EXECUTIVE

Most contractors have been involved in a projects that began with good intentions but went south. Conventional wisdom in these circumstances says the best course of action is to manage or minimize the risk and costs, or at best, fix the current problems. But this approach can often just exacerbate the problem project.

To get project stakeholders on an adversarial or “business as usual” project to agree on something, ask them what the consequences are of continuing to be adversarial. The predictable consequences include:

1. Set aside all current contractual disputes. Which includes claims and notices of potential claims. As Brian Cahill, director of operations for Balfour Beatty says, “put them in a lock box and take them off the table.” This is not an arbitration, mediation or dispute resolution board process. It is strictly a process for moving forward.

At the same time, all must agree that all discussions and proceedings from this point forward will not change, alter or abrogate anyone’s legal or contractual obligations or the specs. But all must also agree not to be limited by them. In other words, partnership or teaming agreements between the stakeholders can go beyond both legal requirements and specifications, but will not be considered legally or contractually binding. This sets the stage for an open, honest and transparent conversation about future possibilities.

2. Hit the reset button. Agree that from this point forward future interactions will be strictly a “go forward” process. It requires strict enforcement of a protocol that stops stakeholders from telling stories, recounting history and debating.

As Peter Drucker, the acknowledged foremost management guru of the 20th century, put it, “Don’t solve problems. When you solve problems, you end up feeding your failures, starving your strengths and achieving costly mediocrity. Instead of solving problems, pursue opportunities.” In a problem construction project, the problem-solving approach also puts people on the defensive.

Stakeholders may need to be persuaded. Offering the following choices will drive the point home:

Argue about who’s right or wrong and about why this project is messed up—all parties agree this would be a futile waste of time.
Do nothing and let the status quo prevail. This article’s opening comments detail the likely consequences of this choice.
Just solve today’s problems. Obviously this does not do anything about tomorrow’s problems or challenges.
Hit the reset button. Everyone agrees to set aside past disputes and current assessments and to go forward on the basis of common goals, which they set and commit to as a team and back up with specific individual commitments to action. In other words, commit to working on the basis of common goals, teamwork and trust.

3. Set measurable team goals that realistically acknowledge what’s possible today given current project circumstances and that speak to the real intent of the end user.

On a major hospital project in northern California, it was acknowledged that the project was going to be at least five months late primarily due to owner changes and unknown site conditions. This had resulted in major conflicts among the project team.

The hospital administrator was asked, “What’s most important to your end users, which is to say the medical staff and their patients?” She quickly replied, “Getting the operating rooms renovated and on line, with supporting HVAC.” After some discussion between general contractor Hensel Phelps and the subs, they agreed that they could accomplish this two months before the contractual completion date with the remainder of the project to be complete after this date.

A world-class team distinguishes between its circumstances on a project and how the team as a whole deals with those circumstances. As a bridge in the San Francisco Bay Area was getting under way, for example, the general contractor encountered geotechnical issues that were unlike anything the geotech report said they would be. They quickly came together as a team to fairly negotiate a $300-million change order, kept the job moving while they did this and then reset and hit their new completion goal, which was 1½ years late.

The lesson? The team must not beat themselves up for circumstances such as changes, weather, etc., that they cannot prevent. They must hold themselves accountable instead for how they deal with those circumstances as a team. Without shared goals a team is not a team. And without a team on a problem project, everyone out of necessity defaults to his own self-interest. The hallmarks of compelling team goals are:

They speak to the end user’s real intent.
They will require nothing less than a collaborative effort going forward.
They are measurable.
They are “so compelling that they trump any individual project stakeholder’s personal agenda.” —Lou Palandrani, SVP, Clark Construction

4. Establish a go-forward communication protocol of no e-mails or letters except to confirm or memorialize a conversation. It is this simple: Talk first to solve an issue as a team and then, if necessary, memorialize the agreement in an e-mail to all participants. This communication protocol can stop e-mail tennis in its tracks and start stakeholders engaging as human beings—talking—to solve the challenges of achieving their common goals.

How much time can writing non-essential e-mails waste on an adversarial or “business as usual” project? At least 65%, or about 2/3, of people’s time wasted for no purpose.

Says Don Eng, formerly head of construction management for the City and County of San Francisco, “Open, honest, direct verbal communication is hard for some people to do but it is essential for high-performance team work.”

5. Do a shared risk analysis exercise that promotes transparency and openness around common goals.

The “85/85 Rule” is that a team with common goals and open, honest verbal communication can identify 85% of the potential risks of achieving its goals and, as a team, can come up with the ways and means to successfully prevent or significantly mitigate 85% of those risks.

identifies potential risks,
prioritizes them relative to impact on the team goals,
establishes the relative impact of each on the goals and
develops a process to enable the team to come up with preventive and mitigative measures.
Jeff Lage of Skanska says, “We manage risk by talking, communicating and being open. This starts by dropping your barriers and making yourself a little vulnerable. But also key is looking ahead as a team toward your goals. This is the biggest thing. This way you’re doing the planning so that you’ve got your arms around a shared risk, should it occur, as a team.” Patrick Lencioni in his best selling book, The Five Habits of Successful Teams, also emphasizes that the best way to establish trust is to “demonstrate vulnerability.”

6. Develop a resolution ladder and a process for executing it that makes it OK for members of the team to agree to disagree.

It’s a fallacy, of course, to assume that there will not be conflicts or disagreements even on the best of project teams. On problem jobs, however, conflicts become ends in themselves. They can stop the job, lead to distrust and spread like wildfire.

Prevention requires establishing a protocol with senior management participation that

makes it OK to agree to disagree as long as the individuals involved quickly escalate the issue verbally to the next level,
establish a conflict resolution ladder with names and durations. For example, one level might include Mary from the owner, Fred from the CM and Anthony from the design-build team.
agree that while this is happening, the job, people’s trust and their mutual commitments continue.

7. Develop an understanding as to how the team will deal with individuals who cannot or will not play on the basis of common goals with open, direct verbal communication and trust.

On a major library project in southern California the team quickly agreed that a key subconsultant was not engaging verbally but was playing the CYA letter-writing or case-building game, and was slowing the project down. The team then verbally mandated this individual’s physical attendance at a weekly design conference to engage openly with him. Game over.

A project team with common goals and a commitment to those goals, challenged to determine how to deal with non-team players, will be uniformly tough. One thing they have in common is an agreement to deal with it quickly and verbally. On adversarial jobs you don’t even try.

A team that adheres to this rule will take an attitude of “no excuses:” There is nothing—there are no risks or even people—that will prevent us from making a success out of the balance of this job.

8. A process to monitor and sustain teamwork and hold individuals accountable to their commitments

Without a process to monitor team and individual commitments, a change effort can easily become a typical New Year’s resolution. Good intentions are meaningless without both a formal and informal process of accountability. Also, a team in a turnaround effort never gets it 100% right within the first 30 days. There will be some things they’re doing well and some they’re not.

On problem jobs, the team must reconvene within 30 days to assess progress. Clients know within a week of the change effort if it will work, and it is important that the team and individuals know that there will be a day of reckoning with attendance by senior management. This activity is not just an accountability check. Equally important, perhaps more so, is acknowledging success: Who’s doing what well?

Remember the lock box in Step 1? It was a place to lock away the bad blood of existing disputes so the team could have a fresh start, but bad blood is not easily buried. Eventually, the box can be reopened to clear the slate. Once a level of trust has been established going forward, a team can constructively engage about past issues. Or kick it upstairs to senior management.