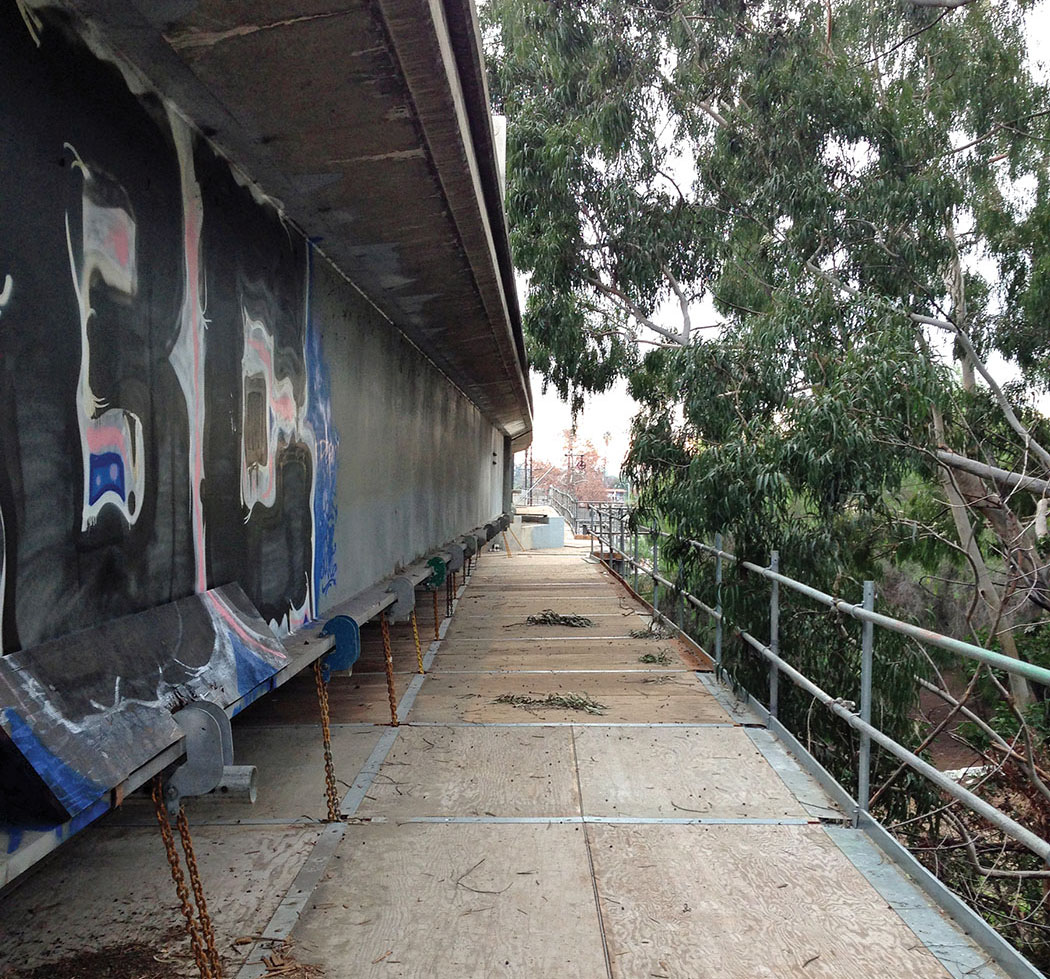 “Preserving, rebuilding and expanding the state’s transportation infrastructure is key to improving the state’s mobility for decades to come,” said Caltrans Director Malcolm Dougherty in a 2015 Caltrans news release. “Not only is it critical to California’s economy, but investments like these mean a better future for all Californians.”

The allocated funding included $124 million from the State Highway Operation and Protection Program for 24 projects to preserve and protect the state highway system. A $19.4 million project to rehabilitate the Elysian Viaduct Bridge in the city of Los Angeles was among the notable projects receiving funding.

In April 2015, the Elysian Viaduct Bridge project was put out to bid by the California Department of Transportation (Caltrans), with CL Industrial Coatings, Inc. of Stanton, Calif. winning the project contract by submitting a $16.6-million bid. The project, which included cleaning, painting and dust removal to maintain the load capacity of the nearly half-mile-long bridge, began six months later in October 2015.

A common practice on all Caltrans projects, the team implemented a robust partnering program to align objectives and enhance communication among all stakeholders. Neal Flesner of Ventura Consulting Group was brought on board as a third-party partnering facilitator.

As part of the VCG-led partnering process, Caltrans, along with the general contractor, subcontractors and consultants participated in an initial partnering workshop where they discussed the project’s challenges and outlined common project goals. These included objectives related to safety, issue resolution, budget, schedule, quality, environmental considerations and teamwork. Among these goals was an aggressive 765-workday schedule, enabling the project to complete well in advance of its February 2019 contracted timeline.

Throughout the course of the project, the team attended four partnering workshops to revisit the goals and adjust as needed. Additionally, to help create common standards of behavior on the project, VCG utilized the firm’s From Good to World Class® teamwork chart and surveys.  This tool helps to evaluate the team’s collective behaviors, first at the initial partnering workshop, then every subsequent month as the project progresses through online surveys and follow-up workshops.

Outlining behaviors ranging from “Combative” to “World Class” on a scale from 1 to 10, the teamwork chart provides essential feedback to the project team. Initially, it helps team members recognize where they are and then decide where they want/need to be. To reach their goals, the team continues using this tool to evaluate and set a plan in place to improve upon their behaviors as needed.

Although the bridge project presented unique access challenges and a host of other complexities, the project team achieved a final teamwork score of 10.0 at the closeout partnering session—a result rarely accomplished on even the most successful projects. Additionally, the project is expected to complete with just 2 percent in change orders, maintaining its $16.6 million budget. It is also on track to complete in June 2018, achieving the 765-day schedule the team set as a stretch-goal early in the partnering process. Read more about this exceptional project, and the accomplishments of this World Class team in the May 2017 issue of Roads & Bridges magazine.