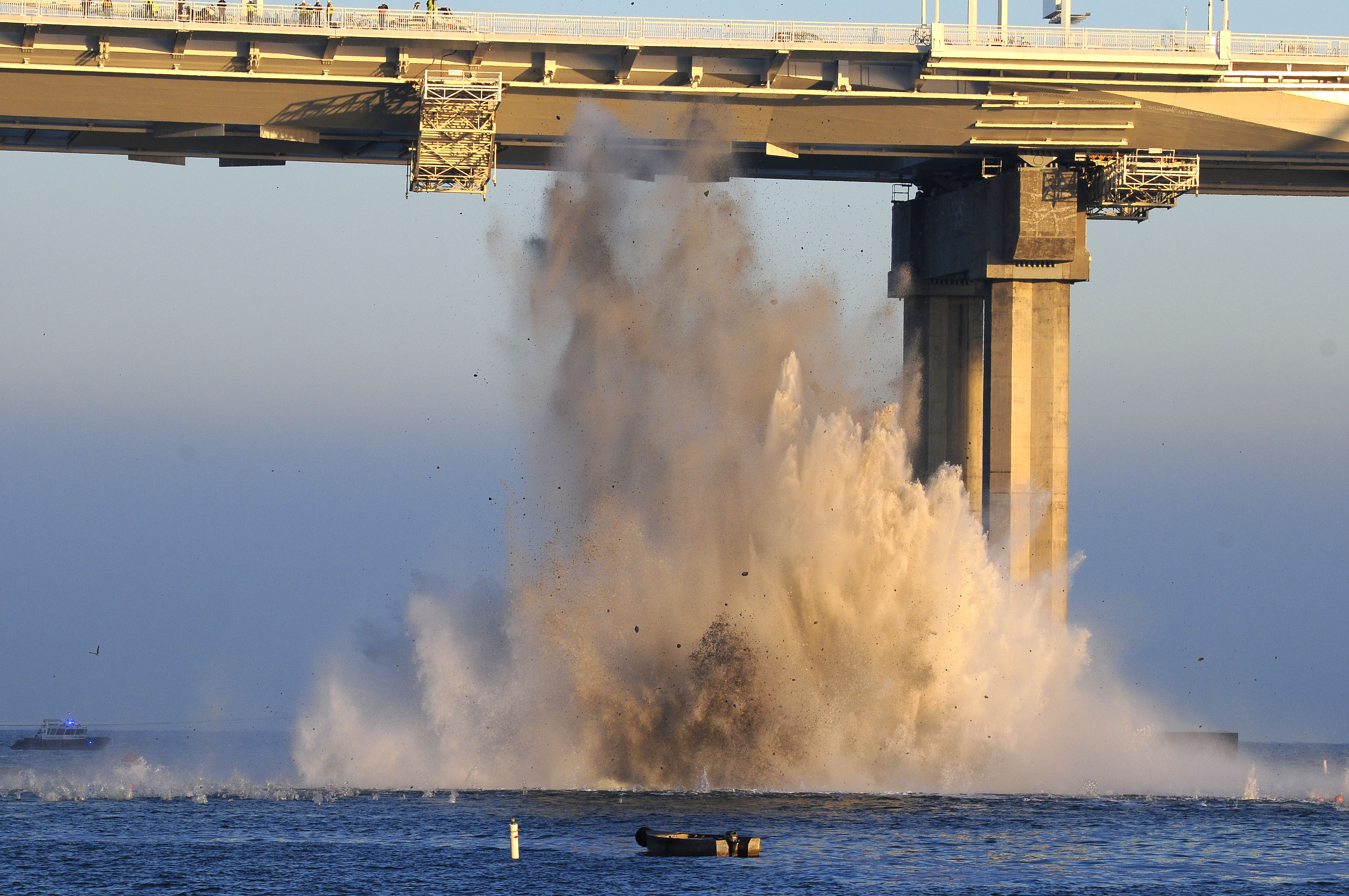 While there were many who doubted it could ever be done—blow up a gigantic concrete bridge foundation in the middle of San Francisco Bay using tons of high-strength explosives— the Caltrans-led team of Kiewit/Manson knew partnering would give them a fighting chance to prove the naysayers wrong.

Facilitated by Jim Eisenhart of Ventura Consulting Group, the project sought to prove that implosion blasting of marine foundations could be performed in a safe and environmentally responsible manner, and that the CM/GC method is a successful contract model that, through partnering and early contractor involvement, can maximize design, innovation, and cost efficiencies. Located in one of the most environmentally stringent metropolitan areas in the world with rigorously monitored regulations by at least seven agencies, this was no small endeavor.

Through partnering best practices, the CM/GC team not only achieved what many initially questioned could be done, but ultimately was awarded an AGC of America 2017 Marvin M. Black Partnering Excellence Merit Award for their innovative and collaborative effort.

The technically challenging project entailed the demolition of the largest of the 22 marine foundations on Pier E3 of the historic Bay Bridge. The first area of the bridge which needed to be demolished—Pier E3—was a cellular concrete foundation which is mostly submerged. Starting just below the Bay floor’s scour line, the team demolished the exposed upper 90 ft. of the 268-ft. caisson using a combination of conventional excavator-mounted breakers above the surface, then demolished the remaining submerged portion using a network of high-explosives to create an implosion blast. Prior to the blast. the exposed footing was covered in steel blast mats and surrounded by an innovative air bubble curtain system used to dampen blast energies. Vibration sensors were placed at nearby sensitive structures, and marine wildlife monitors were mobilized to ensure sea-life safety.

Partnering played a key role in facilitating collaboration among numerous project stakeholders and third party permitting agencies who were responsible for protecting the estuarian environment of the San Francisco Bay. Additionally, partnering best practices were used to ensure the project’s success, including:

highly complex, very specific event, and then work collaboratively to achieve their goal with calm professionalism and the confidence that all members of the team would do whatever it took to ensure that success,” said VCG President Jim Eisenhart.

Resulting from this concerted team effort, a controlled implosion blast successfully demolished over 20-million pounds of concrete and reinforcing steel of the Pier E3 structure that remained above the Bay floor. The successful extraction of this foundation created an opportunity for Caltrans to pursue the removal of the remaining foundations through implosive demolition techniques, a process that is estimated to save over $90 million and shorten the work schedule for the remaining project phases by three years.