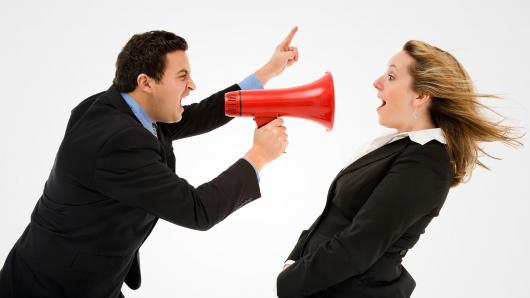 1. He only lied when his lips were moving. The CEO announcing to all of a firm’s employees, “there will be no layoffs,” over a pizza lunch in the warehouse. Ten days later, there were layoffs.

2. Coordination is over-rated. An executive team who despised each other so much, they never met. What do you think happened to this business? You’re right.

4. Rats, I should have picked the other door! The executive of the market leading firm who defiantly announced to his team, “We will not play in the low end of this market. There are no margins there. We own the high end” It turns out that when the high-end disappears due to the disruptive competitor and you have no viable response, there are no margins when there are no sales.

5. Homer Simpson said it best: “Doh!” When the team cannot answer the question, “How many customers or prospective customers were consulted in the making of this strategy?”with anything greater than zero, you’ve got a problem.

6. How many monkeys with a typewriter do we need to recreate Shakespeare’s works?When the CEO brings 45 people together for a strategy offsite and proceeds to have that entire group wordsmith vision and values for the entire offsite, you shouldn’t expect greatness. Or coherence. Or lucidity. It was like the audience of a play simultaneously feeding the actors their lines…one by one by one… and then arguing with each other over which line or which nuance of a line was right.

7. Cats and Dogs Achieving Instant Karma. Every meeting that has ever been held anywhere between two different management teams suddenly thrust together due to merger or consolidation and charged with the task in the next two days of creating a unified vision and strategy. Yes, all of them. Every one.

8. Great Moments in Corporate Motivation. There was the corporate slogan author of this global firm who provided instructions to the printer that must have said something to the effect of, use the same slogan as last year. When the tube containing the new slogan was opened and the banner unrolled for the first time at the management meeting, guess what it said? Yep. “Same Slogan as Last Year.” Seriously.

10. “The inventory said, what?” The GM who very seriously accused his management team of not listening closely to the inventory. It turns out, the inventory had shared with the GM that it was ready to be sold.

The Bottom-Line for Now:

The pursuit of effective management is a noble calling. It’s too bad that too many managers give it a bad name.

Click here to read the full article on ArtPetty.com